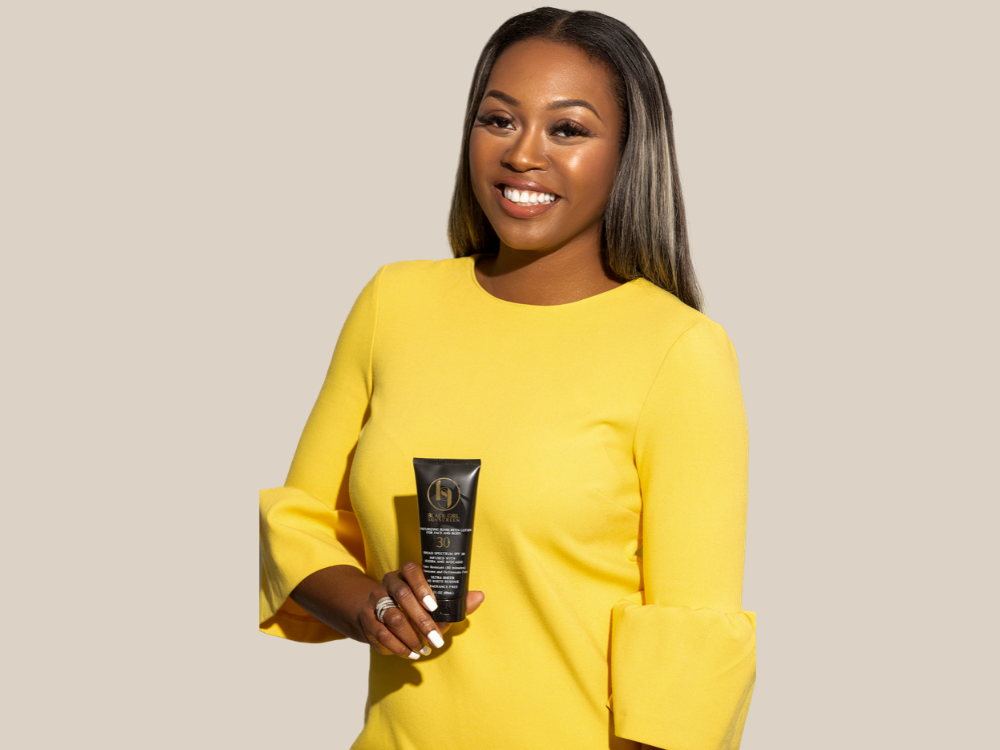 If you’re reading this, chances are you use social media. Whether you’re partial to Facebook, Instagram, or the newcomer platform, TikTok, you’re probably aware of the mass reach that social media allows everyday people to achieve. Content creators and the followers who love them are really what makes the social media world go round. The relationship between creators, consumers, brands, and the social platforms themselves should ideally be symbiotic—one can’t really work without the other. But when Black Girl Sunscreen (BGS) founder, Shontay Lundy, took notice of the disparity between how black influencers and white influencers were valued, she decided to do something about it.

Over half of the world’s population has logged onto at least one social platform—that’s 4.33 billion people. And according to the Pew Research Center, as of February 2021, 72% of the total US population uses social media. And when you break down users by race, Black Americans are the second most likely demographic to use social media in the US, just barely behind Hispanic users, with white users coming in at third most likely to be on social media. So why are black creators getting left behind in terms of compensation for their creative work that adds to much to these digital communities?

It’s no secret that there’s a racial pay gap. According to a study by Citi, if the Black wage gap had been closed 20 years ago, there would be an additional $2.7 trillion in income circulating in the economy. Simply put, not addressing this issue is bad for business. And this persistent undervaluing of Black labor extends beyond the traditional workforce into the world of social media. According to one survey, most brands have a dedicated marketing budget, and 75% of those brands indicated that they intended to have a budget specifically for influencer marketing in 2021. The money is there, and it’s allocated—it just isn’t being spent on Black creators.

Lundy decided to do something to address this issue. When asked why it’s important for Black creators to be recognized and compensated for the valuable content they create, she had this to say, “This has been happening for decades, where appropriation has taken over things from our hairstyles to the way we dress, and to our music. If our counterparts are recognized for their work, why is it that Black businesses and creatives are not recognized as well? While we are putting out great content, products, and services, we are not being compensated fairly or at the rate of others.”

As Lundy sought out ways to push for material change in the way Black creators are compensated, she realized that a major issue was the difficulty they faced in getting their accounts verified. That little blue badge that we see on some of our favorite profiles comes with numerous benefits. “Profile verifications on Instagram means something in the business world, such as others opening your messages, having your business taken seriously, and influencers wanting to collaborate,” Lundy noted. These benefits can mean money. And if you don’t have that verification, it can mean lost potential income. So in 2020, Lundy launched the #VerifyBlackBrands campaign to raise awareness and challenge Instagram to address the difficulties Black creators face in getting verified. Her efforts led to a handful of Black influencers and businesses getting that coveted blue badge. But the work isn’t done.

The latest wave of disparities in compensation for Black creators and white creators has come up in the latest social media giant, TikTok. According to a report from Bloomberg’s BusinessWeek, white creators are likely to be compensated more for their content than Black creators—even if the Black creators have more followers. What’s worse is that often, the content that white creators are being paid for actually originated with Black creators. This was certainly the case with Black TikTok creator, Sydnee McRae, who pioneered the viral dance that accompanied the phenom Megan Thee Stallion’s song, Captain Hook. When the dance she created gained over 400,000 likes and the attention of the rapper herself, she thought she’d finally broken through. Following this breakout, McRae was contacted by Universal Music Group to create a dance for a song by their artist Lil Tecca for $500. She had another hit. But then, she saw TikTok start Addison Rae Easterling emulating her dance, and she discovered that Easterling was paid thousands to perform unoriginal content for her millions of followers. According to Forbes, Easterling makes millions off of her dances and lip-syncing videos on TikTok. But this begs the question: Where would Easterling and other wildly successful white influencers be without Black content creators?

The battle for equal compensation for Black creators whose creativity feeds the soul of social media is a fight that Lundy isn’t giving up any time soon.